“Craft beer? I thought it was called real ale!” 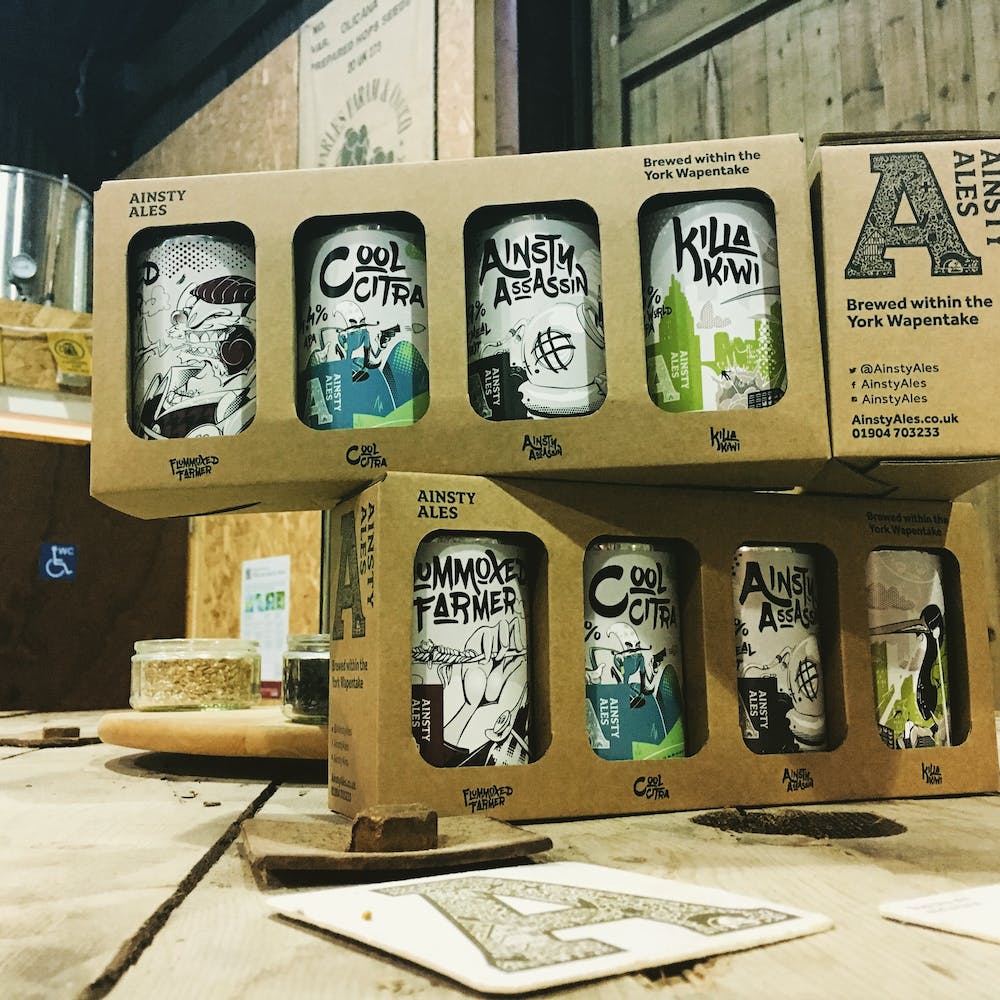 It’s safe to say that interest in beer has surged over the last decade. Supply and demand have successfully fuelled each other: the increasing breadth of styles, flavours and strengths produced by British breweries has tickled the tastebuds of the beer-drinking public, renewing interest in the world’s oldest drink and converting curious drinkers to its many delights.

The results of all this interest? A vibrant and ever-growing beer scene in the UK, with a proliferation of microbreweries and small producers producing unique brews in small batches – a movement called ‘craft beer’ by many.

In a way, though, that’s nothing new. For the best part of half a century, British beer drinkers have been supporting the Campaign for Real Ale – a movement which also supports small producers and premium ingredients. Even so the ‘real ale’ and ‘craft beer’ camps staunchly maintain that the two concepts are completely different, and confusingly the two has been known to cause great offence.

So, can we define the differences between ‘craft beer’ and ‘real ale’ – and does it really matter, anyway?

The concept of ‘real ale’ has been a hot topic in the UK since the 1970s when CAMRA – the Campaign for Real Ale – was founded. Established by beer enthusiast Roger Protz, the original aim of the campaign was to breathe life into Britain’s dwindling beer scene and draw attention to the drinks being produced by the country’s independent breweries.

Fast-forward forty years and the British beer industry has created a thriving scene. Longer-established breweries are jostling for space on the bar with the growing number of small independent breweries offering more diverse flavours and often, stronger drinks.

Scottish disruptors Brewdog was one of the first breweries in the early 2010s to use the term ‘craft’ to describe their beer, emphasising their use of premium ingredients, unusual hops and unique methods to produce truly distinctive beers. The term caught on, and in the present day a large proportion of breweries describe their products as ‘craft beer’.

It’s argued by some that traditional British beers showcase some of the finest ingredients the country has to offer. Many of the stalwarts of British brewing are keen to point out the use of traditional ingredients in their beers: classic British hop varieties such as Fuggles and East Kent Goldings, as well as malted barley treated in specific ways to give it particular properties and impart particular flavours.

These ingredients may have been the mainstays of British brewing for hundreds of years, but overseas it hasn’t always been the same. Breweries in different parts of the world tend to use the ingredients that are local to them, many of which taste markedly different from the components of traditional British beers. Hop varieties from Australia and New Zealand, for example, often taste more floral or piney than their British counterparts, and tend to add more bitterness.

As countries around the world have developed their own beer styles, flavours and techniques, they inevitably borrow elements from each other. This blending and borrowing of styles is particularly evident in the UK, with newer breweries like Magic Rock, Northern Monk and Beavertown commonly featuring American and Australian hop varieties and unusual grain blends in their brews.

This division between modern and traditional styles is arguably one of the points which characterises the divide between craft beer and real ale in the UK, with devotees and denouncers on both sides of the debate.

Arguably the most polarising factor in the craft beer/real ale debate is – perhaps surprisingly – how it’s served.

If you go into a pub and order a pint of something, it’s highly likely that the bartender will either walk over to the handpulls of cask ale and pull you a pint from there, or otherwise head to the keg line to pour your drink.

Cask beer is the time-honoured, traditional serving method for most beers. As part of the production process at the brewery, the beer will be poured into casks and left to finish fermenting for a certain amount of time. When the cask arrives at the pub, it will be ‘tapped’ – opened – a short while before serving, then connected to the handpulls to be served directly into your glass. Cask beers are generally served at ‘cellar temperature’ – around 5-7 degrees C – and will have different amounts of carbonation depending on the beer’s style and the action of the yeast.

A downside of the cask process, though, is the risk of spoiling due to its being unpasteurised: like any fresh product, a beer will go off if it’s been left open too long without being drunk, meaning it has a short shelf life. If you’ve ever been served a glass of something sour and flat instead of the crisp, delicious pint you were expecting, you’ve probably experienced the horrors of off beer.

The alternative is beer served from a keg. Although also fermented naturally, kegged beer often doesn’t contain live yeast; instead, it’s served under gas pressure which adds fizz to the final product. It also tends to be cooled before serving, rather than being poured at cellar temperature.

As recently as five years ago, kegged beer was the stuff beer snobs would turn up their noses at: the cheap, mass-produced stuff with no hops and hardly any flavour. However, many modern microbreweries value the versatility and improved shelf life of kegged beer, and some maintain that keg maintains a beer’s hop character better than cask.

Once again, the ‘cask versus keg’ debate is often a case of ‘old school versus new school’, with self-described craft breweries generally more open to serving their products on keg rather than cask.

Throughout the rise of craft beer, CAMRA has staunchly maintained the position that craft beer has no place in the campaign for real ale, insisting that only cask-fermented beers should be given the title. After several years’ fierce campaigning on the topic, though, the organisation has recently conceded that it may be time for a rethink: currently, CAMRA branches across the country are conducting surveys and referendums to assess its members’ opinions, with a view to updating its definition of ‘real ale’.

Will craft beer and real ale come under the same umbrella once CAMRA members have had their say, or will the two concepts continue to evolve separately? Only time will tell. One thing’s for sure: whatever the outcome, we’ll raise a glass to it.