The A – Z of Brewtown: Part Two 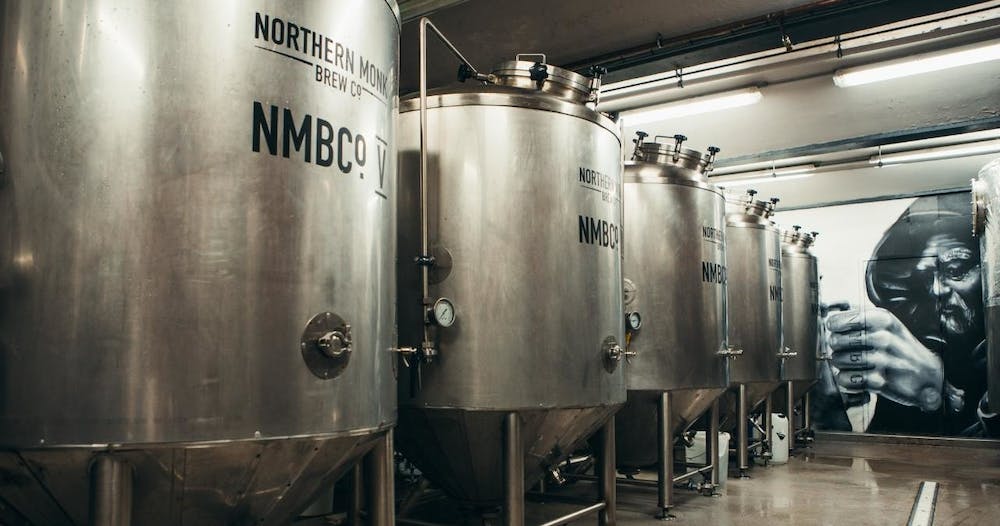 Brewtown’s premise is pretty simple – we take you on a minibus tour of a selection of Yorkshire’s microbreweries, giving you the chance to sample some the county’s finest brews without the need for a designated driver. We’re all about people – talking to the guests on our tours, finding out more about the breweries we work with, and bringing our own love of beer into the mix, too. So today we’re here to tell you a bit more about who we are, what matters to us, and some of the things we find most fascinating about brewing and drinking beer.

Part One of our A – Z of Brewtown is already live – so, before we waffle on too long, here’s part two…

We’re prouder than proud to be based in God’s own county, but we’re even happier that the place we call home is, arguably, one of its very best bits. We might be a tiny bit biased, but we really think that North Yorkshire’s home to some of the county’s finest – who’s to disagree when there’s York Minster at our fingertips, let alone the beaches at Whitby and Scarborough, the North York Moors, and a whole host of incredible local breweries to back us up?

One of the great things about microbreweries is their collaborative spirit – it’s very common for brewers from different breweries to spend a day making beer together. The results? Unique batches of beer – often one-offs – showcasing the differing styles and skills of the breweries involved. If you’re lucky, you’ll get a chance to try one.

One thing we love about all the breweries we work with is how different all their working spaces are. From tiny custom-made microbreweries (we’re thinking of Half Moon Brewery here) to cavernous open spaces producing thousands of pints a week (Northern Monk, we’re looking at you), every brewing space we visit is different – and, luckily enough, every brewery we visit also has space for visitors to sit and try their beers in a more structured way. Calling them ‘pubs’ is probably a bit of a stretch but there’s nothing quite like visiting a brewery and being able to enjoy a drink and a chat in situ.

The Oxford English Dictionary defines ‘quaffing’ as ‘to drink (something, especially an alcoholic drink) heartily’. That’s certainly something we’ll be doing on our Yorkshire brewery tours – at each brewery we’ll sample three or four different beers, and you’ll also have the opportunity to buy bottles of your favourites to bring back with you – now that’s what we call a Yorkshire souvenir.

Mark and his brewery chums are a friendly bunch, but they take the legal side of the brewery tours very seriously and aren’t afraid to cut your brewery experience short if you aren’t willing to pay attention to these rules. Drinking isn’t permitted on the Brewtown bus, and drinking to excess on the tour is frowned upon – we reserve the right to eject you from the tour if your behaviour becomes a risk to yourself and others.

Beer isn’t just about drinking, you know. That might sound a bit counter-intuitive at first, but enjoying a glass of craft beer is a multisensory experience. To learn about it we examine it first – is it dark or pale, cloudy or clear; does it have a thick, creamy head or just a thin smattering of bubbles? The smell of the beer can inform us about the taste before we even get to drinking: dark, roasted malts can smell like treacle, coffee or even Marmite, while the character of different hops can be so startlingly different that it’s sometimes hard to believe that two totally different drinks are both beer. Sipping it will tell you still more – beer can be thick and rich or light and dry, and both ends of the spectrum are delicious. By the time you’ve actually got round to drinking your beer, you’ll feel like you’re already half a pint down.

Talking about the sensory experience of drinking beer brings us neatly onto the subject of… well, the taste. A beer’s flavour comes from its unique combination of ingredients (water, malt, hops, yeast, and any other flavouring agents) paired with the processes these undergo on the way to becoming a beverage, such as dry-hopping and barrel-ageing. Have you ever had a pale ale which was almost like a white wine, or an IPA which tasted of mangoes?

We don’t want to blow our own trumpets too hard, but at present Brewtown runs the only brewery bus tour in Yorkshire. This makes us a unique addition to the Yorkshire craft beer scene – our focus is on introducing the world to some of the region’s finest microbreweries, whose beers are sometimes rarely found outside the local area. Besides this, we’re ideally placed to be ‘in the know’ about all the local beery news and gossip – we stay up to date with what’s going on in the local beer world, attend as many festivals and events as we’re able to, and are happy to give you our expert recommendations of beers to try and pubs in the area to visit.

We’ll let you into a bit of a secret on this one. Although we say we’re a brewery tour operator, we like to sneak in the odd curveball – after all, Yorkshire is home to so many amazing independent food and drink producers that it’d be a shame to ignore them simply because they aren’t beer. Among other destinations, some of our tours include visits to Yorkshire Heart’s vineyard at the picturesque village of Nun Monkton, and we’ve been known to sneak in the odd trip to Sloemotion, fruit liqueur makers extraordinaire, too.

If you’ve joined us for one of our tours finishing at Brew York, you’ll know that brewer Lee is quite the chemistry geek – get him talking about the molecular breakdown of the polysaccharides in malted barley and he’ll be happy as anything. But the brewing ingredient he insists is the most vital to the process is water, as the composition and flavour profile of water varies all over the country, with minerals and salts aiding the brewing process and contributing to the taste of a finished beer. For this reason, brewers often treat their water before brewing, adjusting the pH and adding minerals to make it the perfect base for the beer they plan to make. Fancy your own science lesson from Lee? Join us on a brewery tour of York and he’ll tell you all about the water treatment process.

Xylophone
OK, so we admit this one’s a bit of a stretch. But you’ll wish you’d packed your xylophone when you hop off the Brewtown bus at Half Moon Brewery – owner and head brewer Tony loves nothing more than to crack out his mandolin for a bit of a singalong, and once you’ve had a few it only gets more entertaining.

When you think about it, yeast is a pretty incredible thing – it’s a single-celled microorganism which lives in colonies of incomprehensible size; it can be cultivated to produce predictable results or gathered from the environment to create truly unique beers; it reproduces in such huge numbers that it can be harvested from finished beers and reused; different strains of yeast behave in different ways and give out different flavours as they digest the sugars in the beer; and, of course, they produce alcohol as a by-product of their hard work. Yeast – we salute you.

Beer tasting is an arduous, tiring job. Chances are you’ll be knackered after your tour, worn out from a stressful day of chilling in the minibus, enjoying the beautiful Yorkshire scenery, chatting with the brewers and sampling their wares – it’s a tough life. With that in mind, we won’t judge if you have a little nap in the minibus on the return journey – we promise you won’t be the first.

Missed Part One of The A – Z of Brewtown? Click here to catch up.