Who is the man behind Brewtown Tours 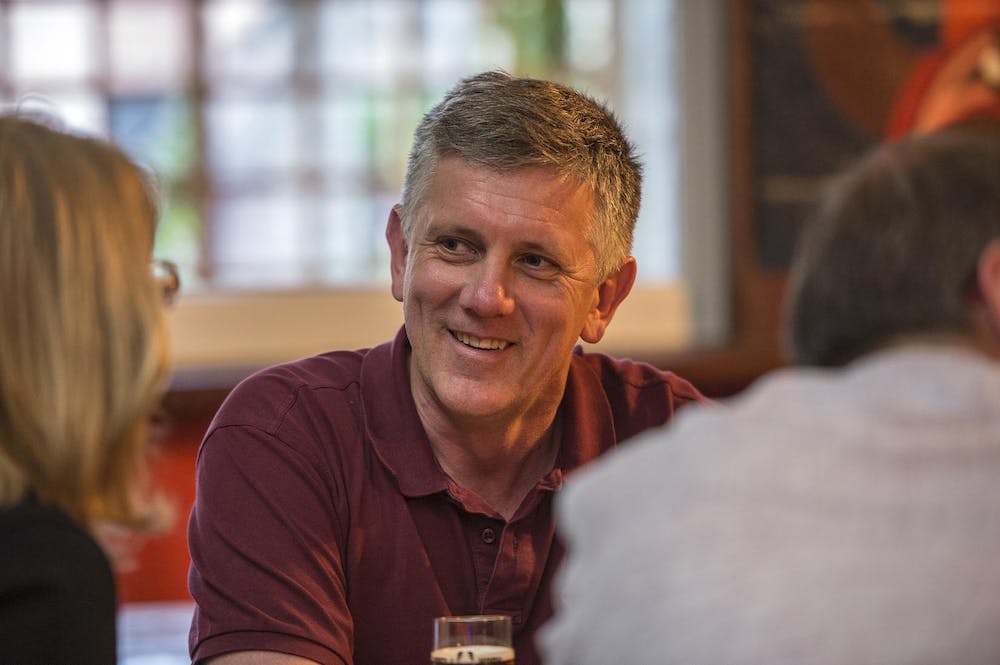 As you might expect for the owner of a business providing beer tours, Mark Stredwick has been drinking the brown stuff ever since his early years in Great Ayton, Teesside. The introduction largely consisted of his Dad’s homebrew, a nod to his future enthusiasm for small-batch, a real ale brewed in microbreweries by passionate men and women. Mark Stredwick

University in Sheffield saw Mark experimenting with a little home brewing of his own, but he admits that back then he was really drinking to consume rather than savouring the experience of a well-crafted beer. Further down the line, travel across South East Asia finally led Mark to settle in Australia. Working for Dave’s Brewery Tours in Sydney, it was here that Mark was first introduced to the concept of a brewery taproom.

“It can be hard for microbreweries to do well in Australia. They don’t last long before being bought up by one of the bigger brewing companies. But by the time I left Sidney, there were eight breweries all in walking distance of each other, all with taprooms where people could socialise and buy the beer straight from the producer.”

A change in circumstances took Mark on the road again in 2015, this time on a two-month stint travelling across America in a campervan. Parking overnight in the car parks of local breweries along the way, he found himself in Bend, Oregon and then Portland; two cities notorious for their appreciation of craft beer. These experiences cemented his love for real ale and emphasised the importance of microbreweries gaining direct access to a beer-loving audience.

On his return to the north of England last year Mark was surprised to see that the notion of a taproom was yet to catch on, with only a few breweries selling beer directly to the consumer. Looking for his next adventure and determined to support the campaign to bring real ale to the beer-drinking British public, Mark started up his own beer tour company from his new home city of York.

“I enjoy spending the time with people, hearing their stories about how they fell in love with beer and what they drink now. There’s always one person in a group who thinks they don’t like beer, but we’ve usually changed their minds by the end of the afternoon. Breweries are experimenting with new techniques and flavours so there’s always something new to try, even for an experienced beer drinker like myself.”

Driven by the ethos and quality of real ales & craft beers coming out of local, small-batch breweries, Brewtown now offers a range of tours around York, Leeds, Malton and Pickering; delivered with Mark’s typical laid back style and a heavy dose of good humour.

As well as single or group bookings for the general public, Mark is now aiming his tours at the thriving business community of Yorkshire. Perfect for a day out to raise team morale, a Christmas party with a difference or even to entertain an important client; a corporate booking with Mark and Brewtown Tours gives companies the opportunity to support local producers and fellow business owners, as well as having a little fun along the way.